The diverse population of Nigeria speaks hundreds of different languages spanning three different linguistic groups: Niger-Congo, Nilo-Saharan, and Afro-Asiatic, according to the Encyclopedia Britannica. During Nigeria’s time as a British colony, which only ended in 1960, English became the language of professionalism and power. English has remained as a vestige of colonialism in independent Nigeria as the official language, despite Hausa, a language indigenous to northern Nigeria, being the most widely spoken, according to the Encyclopedia Britannica. However, the evolution of Hausa is more nuanced than an aggressive, colonialist drive toward extinction. In fact, according to Daily Trust, the significance of Hausa was drastically increased in the 1930’s under the supervision of the British colonial Rupert East. It was during this time period that Hausa began to be written in Roman letters and Hausa translations of significant global texts, such as the Bible and Quran, were first published. Hausa even attained official status in the north for a brief stint in the 1950’s and 1960’s. This trend of professionalizing Hausa led to a steady increase in Hausa’s influence well into the 1980’s, attracting speakers of less common dialects and uniting multiple ethnic groups under a common tongue and script.

However, Daily Trust notes that the national government’s shift toward a “straight to English” education policy over the past few decades, in concert with a new wave of English-inclined scholars at northern Nigerian universities, led to the rapid decline of Hausa as a written language. English was seen as a more effective language to facilitate the exchange of ideas in an international community, and the rapid globalization of the past 30 years has driven northern Nigerian business people, academics, and politicians back toward the colonial language. The continued dominance of English in Nigeria is a testament to the challenge of uniting a diverse, multi-ethnic nation. Colonialism introduced English as a lingua franca across the entirety of Nigerian, with the advantage of being free from the burden of regional and ethnic identity inherent to the indigenous languages. While Hausa was temporarily able to achieve dominance in Northern Nigeria, it is unlikely it would’ve ever caught on in the South due to cultural differences and political animosity between the regions. English, on the other hand, arrived as a pan-ethnic language and a connection to the broader world. These factors make it unlikely English will fall from prominence in Nigeria during my lifetime.

In the nation’s south, similar trends of Anglicization have prevailed over the past 30 years. Instruction in languages of major ethnic groups, such as the Yoruba and Igbo, has been put on the back burner as the national government has demanded schools prepare students for a world of global exchange. However, there has been a backlash in the past several years as some Nigerians have pushed for a reclamation of indigenous identity. For example, in 2017, Dr. Ogbonnaya Onu, the Nigerian Minister for Science and Technology, announced a plan to increase teaching of STEM (science, technology, engineering, mathematics) subjects in indigenous languages, according to Techpoint.  This revivalist movement for Nigerian language has even reached expatriate communities in Europe. The Nigerian Voice  reports that on January 20th of this year, an Igbo language school opened in Frankfurt, Germany. Empowered by a practical Roman script and a growing population of 24 million speakers, school officials believe that the language has a place on the international stage. While I agree that the significance of language to ethnic identity justifies its instruction abroad, I do not think that the removal of English from science classrooms will benefit Nigerian students. English in indisputably the internationally accepted language of scientific literature and engineering. A poor grasp of technical, scientific English is one of the biggest barriers towards research success in the sciences. A universal language is the best way to facilitate international collaboration and communication, and I find it unwise to slow the a trajectory of aspiring Nigerian scientists as a backlash against colonialism and promotion of ethnic identity politics.

Nigeria in the Global Economy

According to the United Nations, Nigeria has been a member of the organization since its independence in 1960. In recent years, Nigeria’s connection to the UN has primarily been through the UN development program, which has sought to promote sustainable rural development and assist in the relocation of people displaced by Boko Haram. UN peacekeepers have also been involved in the conflicted northeast region. Despite its growing global influence, Nigeria does not hold a particular important role at the UN (such as a Security Council seat).

Nigeria has also been a member of the IMF since 1961 and the WTO since 1995, according to the two organizations’ websites. In October 2017, Bloomberg reported that Nigeria would increase its foreign debt as a response to its oil-induced recession. Leadership in Nigeria believe that such debt will increase international exchange and allow the government to pay for vital services. However, the IMF warned Nigeria that such debt could hurt their currency. I agree that foreign debt can be dangerous, but a responsible stimulus of cash (preferably from tax collection, not debt) into social services and education will be the only path toward a stable Nigeria.

According to the World Bank, Nigeria’s GDP based on PPP was $1,092,218,000,000 in 2016, 21st of 186 ranked countries and the highest in Africa, despite being in recession. This would seem to indicate a fairly healthy economy and a prosperous country. However, the foundation of Nigeria’s economy is crippling inequality. 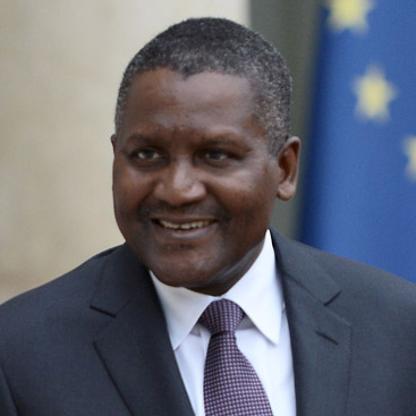 As of 2013, Nigeria’s GINI coefficient of 48.8/100 was the 21th highest of the 150 nations ranked, according to the CIA. This indicates an exceptionally high level of inequality. While nearly half of Nigerians remain poor agriculturalists, certain Nigerians have made huge profits through the rise of the oil industry (see Post 1), commodities, and infrastructure development. Africa’s richest man, Aliko Dangote, is a Nigerian cement magnate who also dabbles in the commodities of salt, sugar, and flour, according to Forbes. Dangote’s company, Dangote Cement, is the largest cement producer in Africa. From the roads on which they walk and drive to the the bread they eat, the average Nigerian is is impacted by Dangote’s business network every day. The Guardian reports that Dangote makes 8000 times more in one day than a typical Nigerian would spend on basic needs in an entire year. Adding insult to injury, the same article also notes that Nigeria ranked worst of 152 nations in a metric indicating “commitment to reducing inequality”, and that from 2004 to 2010, the number of impoverished Nigerians rose from 69 million to 112 million despite an average growth rate of 7%. This comes as no surprise considering Nigeria’s neoliberal-inspired economic policies. An internal investigation in 2014, reported by Newsweek, revealed that over $2.5 billion in tax revenue was lost in the form of tax waivers to big businesses, which were shown to have contributed little back to Nigeria’s economy. Of the little tax money that Nigeria does collect, education and health only receive 5.36 and 3.4 percent, respectively, according to Newsweek. If this embarrassing policy of low effective corporate taxation and low spending remains, social mobility will come to a halt and inequality will continue to drive a wedge into the soul of Nigeria.

Poor Woman in Garbage Dump in Lagos (photo by Reuters)