The two guest lecturers that urged me to think more global throughout this semester-long course were Debra Mason and Ambassador Citaku.

I enjoyed listening to Dr. Mason’s lecture on religion and how it is portrayed in different areas of the world stage as well as through media. The online quiz that she had us take as a class was fun and engaging, because we got to see just how collectively knowledgeable we were when it comes to religion, and it also prompted us to question our preconceived notions of religion. Her lecture, Growing Religious Hostilities- Is Religion to Blame? was interesting because it allowed us a truly comprehensive global 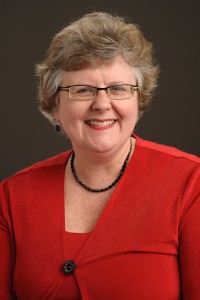 perspective on religion in a 75-minute lecture. I can confidently state that I walked out of the class thinking of religion in an entirely new and different light. I learned that the way that we as Americans contextualize religion is different than how it is contextualized in Communist China, for example. It is a human phenomenon, but humans around the world have treated these different religions and those who follow these religions differently throughout history. Her lecture made me want to further educate myself on not only the beliefs and practices of different world religions, but it also made me want to learn about how these religions have been contemporarily treated in terms of human rights.

The second guest lecturer that I enjoyed listening to was Ambassador Citaku. I enjoyed listening to the ambassador for a number of reasons. First and foremost, her lecture made me more interested in the history and growth of her country, Kosovo, which has experienced quite a lot of war and trauma in the past century.  I also enjoyed her lecture because as I thought about it, she was the first “Founding Mother” of a nation, as she was one of the signers of Kosovo’s Consitution. Not only had I never known one befor

e, but I had never seen one in real life. When she told us about how Kosovo is practically run by women, it made me not only want to visit the country, but it made me realize that we, the United States, have quite a lot of work to do. As one of the oldest and original democracies of the modern world, I realized that we can learn quite a bit from this small country that is one of the youngest democracies of the world.  Though she is young in comparison to our own political leaders, she carries herself with a confidence, a poise, and a fearlessness that made me realize that she is a woman wise beyond her own years. I could truly hear the love and passion of her words as she spoke of her home and the people who make it. She stuck out to me as a guest lecturer because she was one of the most passionate about her topic. She also credited a lot to the United States as to how Kosovo has been so successful lately. It made me want to learn more about the contributions that the United States has made to Kosovo.

Reflection on the Democratic Republic of Congo

In reflecting about my country of research of the semester, I learned quite a bit about the Democratic Republic of Congo. I will admit, I randomly selected it, but I am now glad that I chose this specific country because of all that I learned. I was struck by the political strife in the country and how democracy is in jeopardy because the current president, Joseph Kabila, refuses to step down after completing his two terms in office. I believe that Africa as a whole is a beautiful continent pouring with so much potential, but it is cases such as these that are the reason why sub-Saharan Africa as a whole is lagging behind the rest of the world. Learning about not only the political but also the economic, social, environmental and human rights issues in the country m

ade me realize that European colonialism left a harsh imprint on the country and the continent, both of which have had a rather difficult time recovering. The armed and militant organizations have also left an impact on the DRC and the rest of the continent by engaging in human rights violations against their own people, which truly astounds me. How can groups such as the Alliance of Democratic Forces for the Liberation of Congo call themselves democratic when they kill and rape their own people? It befuddles me. However, despite all of the ongoing conflicts that are taking place in the DRC, I still wish to visit the country someday. I believe that after all that the country has experienced in the past and now the present, the people are incredibly resilient for surviving through it all. I believe that the DRC has a lot of potential not only through its natural resources but also its people. I look forward to doing my own independent study of the country outside of this class and witnessing the DRC’s growth through this next lifetime.