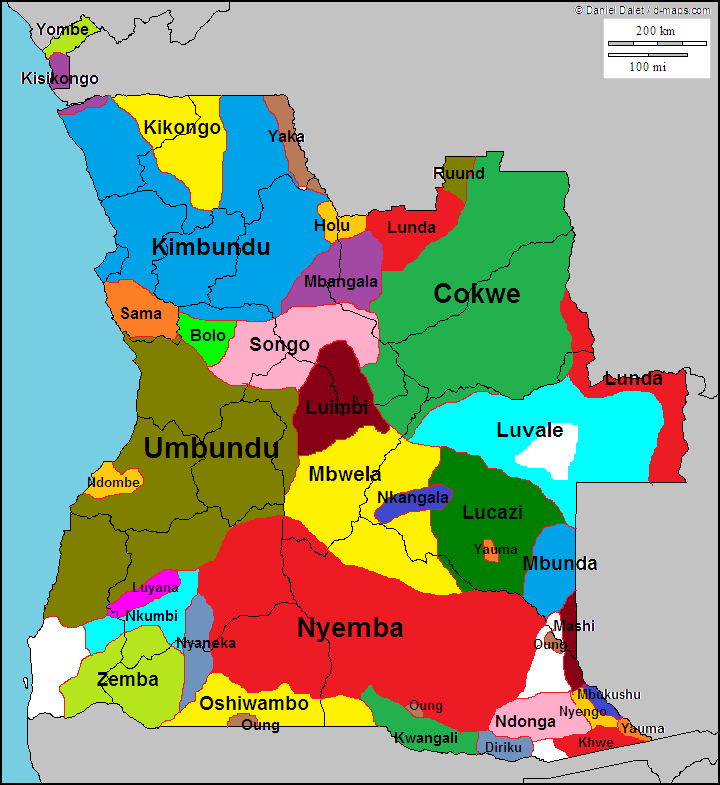 Like most African countries, Angola is linguistically diverse with over 40 distinct languages being spoken.  The primary language in Angola is Portuguese due to the country’s history of colonization by Portugal.  According to Ethnologue 9,750,000 people or about 40% of the population speak Portuguese as their first language.  An additional 4,880,000 people speak it as a second language.  Portuguese is the sole official language and as such is used predominantly in government, business, and entertainment settings.  According to World Atlas there are several other European languages spoken in a regional capacity, mostly French and English.  French is spoken extensively in the non-contiguous Cabinda province which is bordered by the Francophone countries of Congo and the Democratic Republic of the Congo.  English is also used in business and government contexts, and along is taught in schools along with Portuguese.  In addition to European languages many native tongues that belong to the Bantu family are spoken, the most widespread of which are Umbundu, Kimbundu, and Kongo.  Umbundu is the second most widely spoken language after Portuguese with approximately 23% of the population speaking it according to World Atlas.  There are also several thousand speakers of the !Kung language which is neither European nor Bantu.  All indigenous languages are classified as national languages by the Angolan government, which Umbundu in particular being singled out as a literary language.  There is also a small community of Lebanese descendants who speak Arabic as well as approximately 300,000 ethnic Han Chinese who speak Mandarin.

Angola in the Global Society 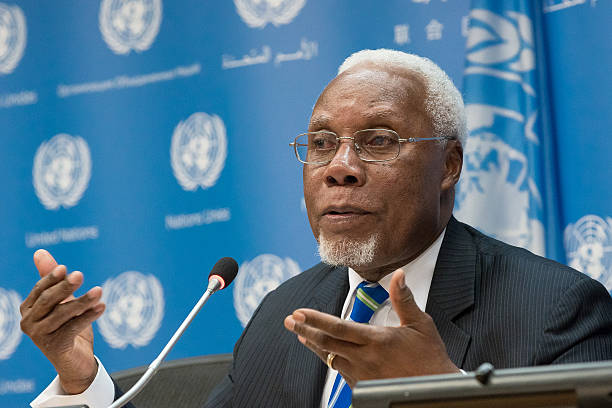 According to the United Nations website Angola was granted admittance to the U.N in 1976 and served as a member of the Security Council from 2003 to 2004.  During the decades of civil war the U.N conducted multiple peacekeeping missions to the country starting with the United Nations Angola Verification Mission I (UNAVEM I) in 1991 and ending with the United Nations Observer Mission in Angola (MONUA) in 1997.  According to the World Trade Organization’s website Angola joined the General Agreement on Tariffs and Trade (GATT) in 1994 and the World Trade Organization (WTO) in 1996.  Angola has also been a member of the International Monetary Fund (IMF) since being granted admittance in 1989.  According to the Organization of Petroleum Producing Countries (OPEC) website, Angola joined to organization in 2007 becoming the most recent OPEC country until Equatorial Guinea joined in 2017.  Angola’s role in the global economy has historically been as an oil producing country, according to the World Bank, oil made up 1/3 of the GDP and 95% of exports in 2014.  The recent drop in oil prices has caused economic and political turmoil with the new president João Lourenço being elected on a promise to diversify the economy and end stagnation.  According to the Ministry of Commerce website the new administration plans on increasing exports of timber and diamonds to compensate for the loss of oil revenues.

According to the World Bank Angola’s Gini rating is 42.7 making it the 51st most unequal country in the world.  According to the CMI Project the richest 20% of the population own 60% of the wealth while the poorest 20% owned only 3%.  According to Africa Renewal only 37.8% of the country’s population had access to electricity in 2014 and only half of the populace could access safe drinking water.  The abject poverty faced by a majority of Angola’s citizens is contrasted with the opulence of the billionaire dos Santos family, In particular Isabel dos Santos who was Africa’s richest woman in 2017 according to Forbes.