Climate Change in the Modern World

Human-driven climate change is shaping up to be the defining event of the 21st century and beyond.  The actions taken today by the global community will have repercussions for decades to come, whether the leaders of the world decide to address the issue or pass the buck to future generations remains to be seen.  It is important to view climate change through the lenses of human rights and economic impact in addition to the traditional ecological and technological arguments.  The vast majority of greenhouse gas emissions come from just a handful of countries; most notably China, the United States, and the European Union.

While there is near-universal consensus by scientists on the danger of climate change, significant political and economic factors have prevented countries from effectively combating this threat.  The United States in particular has lagged behind the rest of the developed world in implementing policies that would effectively fight climate change.  From the failure of the Clinton administration to ratify the Kyoto Protocol in 1997 to the Trump administration’s decision to pull out of the Paris Accords last year, there has been failure on our part.  This inaction can mostly be attributed to a dedicated lobby of fossil fuel dependent industries to prevent any climate action that would threaten their profit margin.  The case of ExxonMobil serves as an example of the impact of the oil industries efforts to spread disinformation and lobby to prevent meaningful legislation from being passed.  While the corporate leaders of ExxonMobil and other oil companies knew about the existence and threat of climate change, they decided that their bottom line is more important than the sustainability of the Earth itself.

Inaction on climate change is not just a problem in the United States, in much of the developing world environmental concerns have been brushed aside in the favor of short-term economic growth, nowhere is this more true than in the People’s Republic of China.  Since opening up in the 1970s the Chinese economy has grown at a phenomenal rate becoming the world’s second-largest in 2010.  However the economic growth has come at the expense of the environment as new industries become increasingly reliant on fossil fuel power.  However China’s president Xi Jinping has sought to change this by investing over 360 Billion USD on clean energy through 2020.  China is now seeking to become the global leader in the fight against climate change in the wake of the Trump administration’s decisions to leave the Paris Accord.

The poorest countries concentrated in Africa and Asia who barely produce any greenhouse gases will be the hardest hit while the primary offenders located in the Global North will be spared from the immediate effects.  It is the moral responsibility of those countries to make sure that the rest of the world does not suffer because of the short-sightedness of a few powerful individuals. 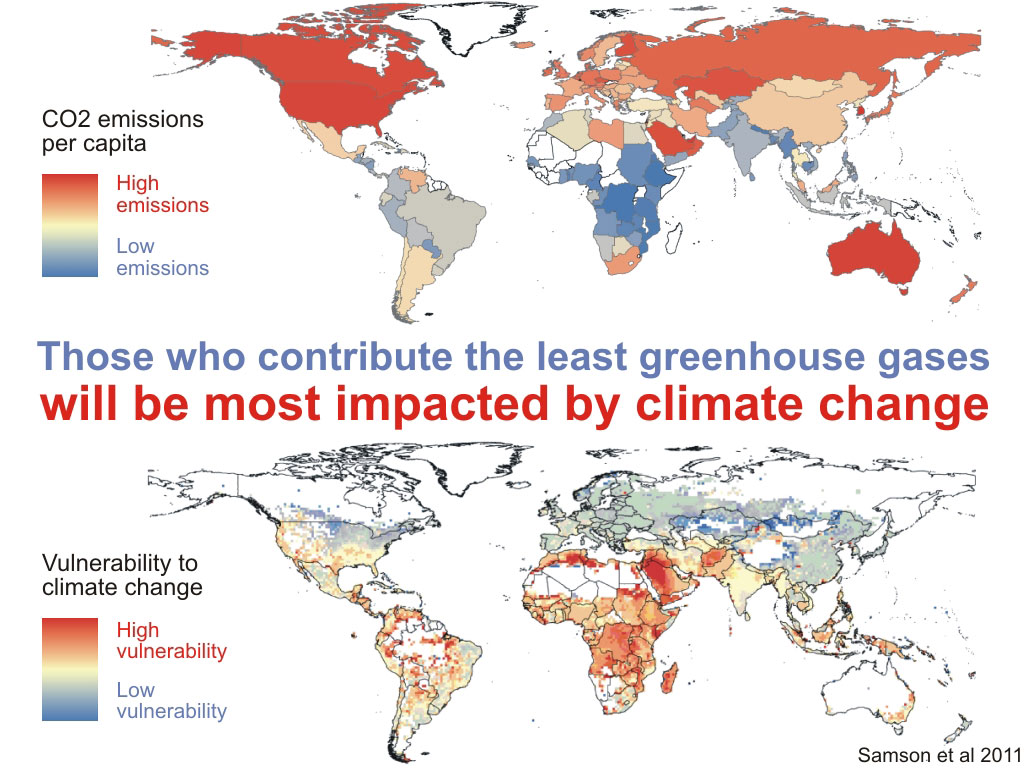 Angola is struggling with an entire host of environmental problems including soil erosion, desertification, unchecked deforestation, siltation of rivers, and loss of biodiversity.  The recent economic growth and population boom have put pressures on the environment that the corrupt government of Angola is unequipped to handle.  Deforestation is being driven by the domestic demand for energy, over three-quarters of Angola’s domestic energy consumption comes from firewood.  While water.org is not active in Angola, groups with a similar mission such as Waves for Water are.  The lack of potable water is a massive problem in Angola, less than half of the rural population has access to clean drinking water.